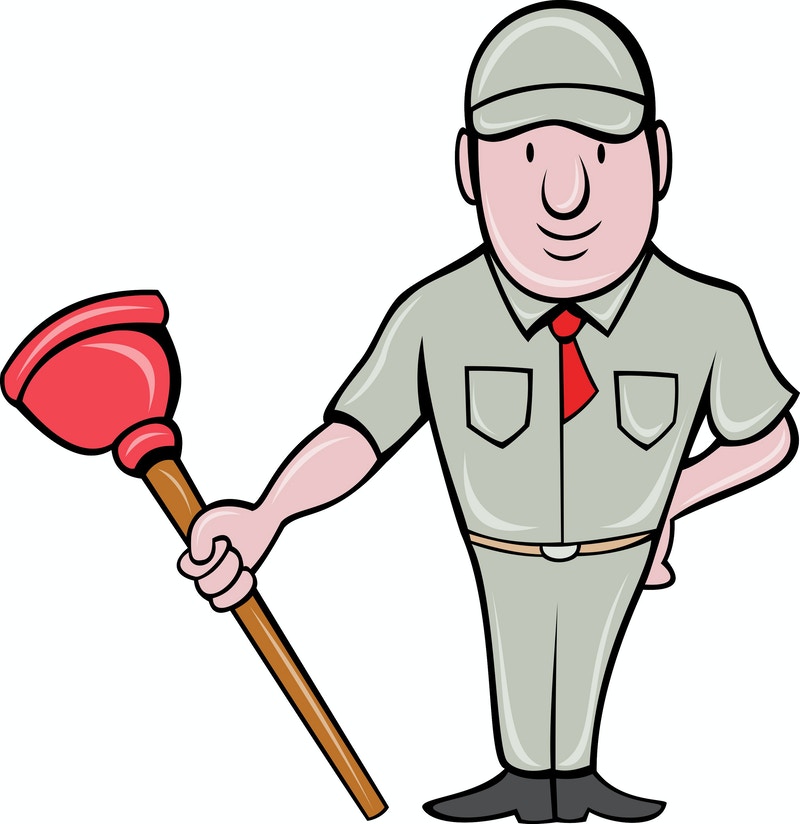 A clogged toilet is a homeowner’s worst nightmare. For one thing, it’s frankly disgusting — and puts something that everyone in the household needs out of commission, which is a major inconvenience. For another, however, it’s embarrassing. Although plumbers are professionals and deal with clogged toilets on a regular basis, lots of homeowners don’t call their plumbers about clogged toilets, or for that matter clogged drains. Clogged drains and toilets often begin as fairly simple fixes, but gradually build up into something much more serious because homeowners try to fix them on their own. What may seem like a fix is often simply putting the problem off and letting it gradually become a bigger issue. By the time you finally call the plumber, your clogged toilet or drain may be completely out of hand. You don’t want a simple drain cleaning issue to evolve into a sewer line repair. Most of us don’t know what we’re doing when it comes to really fixing a clog, and amateur attempts just aren’t going to cut it in most cases. Lots of people buy plumbing snakes and attempt to fix clogs themselves — and we’re going to look into why that’s a bad idea. If you have a clogged toilet or drain, call your plumber for clogged drain services. Your issue will be fixed much faster; and with far fewer complications. So, what exactly are those complications?

You can easily damage your appliances and pipes when attempting to fix a clog on your own, especially if you’re using a plumbing snake of some kind. Toilets are particularly easy to damage, because they often aren’t made of the sturdiest materials. Your toilet bowl is usually going to be made of porcelain — which may look nice, but is actually easily scratched when an untrained person is attempting to dislodge a clog. This looks bad, of course; and it can also lead to rusting down the road. This will end up seriously deteriorating your toilet. Pipes can also be damaged in the process, especially if you’re being too aggressive. The older the home is, the more likely you’ll be to damage the pipes. You aren’t just at risk of scratching the pipes here. You could crack them, or even break them entirely. This would result in an extremely costly fix — much more expensive than what simple clogged drain services would cost.

The fact is that there is more to fixing a draining issue than what meets the eye. Professionals know how to fix these problems in a way that will put them in the least amount of danger, whereas you don’t necessarily know the same tricks of the trade. In particular, this is an issue for people using pipe snakes. Often, these snakes have coiled wires that could recoil back against you — if you’re not prepared for this, you could end up getting hurt. Some people have even, in the past, tried to use powered snakes. These tools are more hazardous than they might look, and you can become seriously injured if you misuse them. Those providing professional clogged drain services know what they’re doing, and they know how to keep themselves and others safe. For that matter, they’ll be able to best ensure a clean job that will lessen the risk of contamination and the spread of bacteria.

How annoying is a recurring clogged toilet? Especially after you think you’ve fixed it? Often, we think we’ve fixed a problem when we’ve actually totally missed what’s going on. Using professional clogged drain services means that you’ll get to the heart of the issue faster. For example — your clogged drain could be connected to roots invading your sewer pipes. This would mean that what you thought was a simple clog in the drain actually requires rooter services and perhaps even more work. The sooner you know, the less it will end up costing you in the long term.